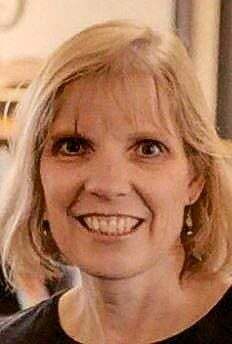 Have you visited the Moscow Public Library recently? If not, things may look a bit different. Before I tell you about the changes, how about a bit of history?

In the early 1900s, two women’s groups, the Pleiades Club and the Ladies Historical Club, saw a need for a public library in Moscow. They formed a committee and started raising money to build a library. The secretary of the committee wrote to Andrew Carnegie to request funding and the request was rewarded with a response stating that if they were able to locate a building site, and if the city of Moscow would agree to support a free public library with at least $1,000 per year, he would provide money to help build a library. Subsequently, the citizens of Moscow voted for a permanent tax to support the library, a lot on the corner of Jefferson and Second streets was purchased for $1,150, and they received $10,000 in Carnegie Library Endowment Funds.

An architect from Boise, Watson Vernon, was hired to design the new library, and a contractor, the Fred King Company, also from Boise, began construction in the summer of 1905. Construction was completed in 1906 and the original plan was to open in the spring of that year. But when the Administration Building at the University of Idaho burned in March 1906, the newly constructed library space was shared with the university. It was used as a classroom for part of the day, and as a public library for the rest of the day, until the end of 1907 when it was put into full-time use as a public library.
Remodeling projects took place with an expansion in 1931, a replacement of the original curved entrance stairway in 1938, the addition of a children’s library in the basement in 1964, and a remodel and addition in 1982.

After nearly 40 years, we’re overdue for another library remodel. With the help of Castellaw Kom Architects and K & G Construction, both from Lewiston, the library is making some changes. Grants from the Laura Moore Cunningham Foundation and the Latah County Community Foundation are offsetting much of the cost.

The area where the circulation desk used to be is becoming a circulation work area for employees as well as a staff office for the circulation manager. High windows will permit light to come in, and counters and desk areas in the workroom will provide a space for getting books, movies, and other materials prepared for checkout as well as checking in materials and routing them to the correct library locations. Near the front of the library there will be a cyber counter where you can sit with your laptop and work, check email, or use the free internet provided by the library while enjoying the view out the south window.

New LED lights have been installed throughout the library. These lights are not only brighter, but are also more energy efficient and require less frequent maintenance. Avista Utilities is reimbursing the library for the majority of this retrofit.

The youth rooms are being furnished with improved lighting that will make it easier to browse those low shelves and see what the library has to offer for our younger patrons.

Finally, the original bathrooms in the youth area are being remodeled. You’ll see new fixtures, flooring and paint, and the walls have been opened up to allow for a little bit more space. And, for the first time in the history of the building, there is actual insulation in these bathrooms, replacing newspapers that the construction crew found in the walls to keep out the cold air.

The Moscow Public Library staff are excited about these much-needed improvements. Come “check out” the changes at the library and check out something to watch or read while you’re here.